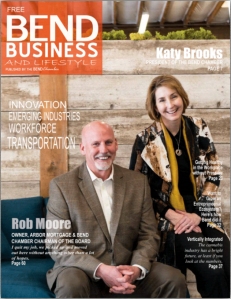 Craft brew has been flowing in Bend and Central Oregon since 1988 when Gary Fish’s Deschutes Brewery started production in a small brewpub on Wall Street. Twenty-nine years later, Bend holds the title for the most breweries per capita in Oregon. There are 22 in town, another eight outside the city limits, and more are on tap.

Bend’s beer craze started with the establishment of Deschutes Brewing in 1988 and Bend Brewing Company in 1995. Also worth mentioning is Cascade Lakes Brewing in Redmond that premiered in 1994. The fledgling Deschutes Brewery put Bend on the craft brew map but it took a while before the rest of the United States caught up.

According to the Brewers Association, there were only 8 craft breweries in 1980. Two years later, the first ever Great American Beer Festival kicked off with a modest 20 breweries serving 35 beers.

Beer blogger and author Jon Abernathy has kept track of Bend’s craft brew scene since 2004. His book, Bend Beer is the go-to-guide for beer newbies and aficionados alike.

“Today, the craft brew industry is part of the culture and lifestyle, but back when Fish started brewing in Bend was still a Coors Light town,” said Abernathy.

It wasn’t always like that. Rewind to 1916 and the brewing industry was languishing after Oregon joined the war effort and became a “dry” state. By the time the 18th Amendment was ratified in 1919, and put in place as “Prohibition” in 1920, Bend had already been a dry city for four years. Although the Scandinavian and German mill workers produced passable home-brewed beer, it wasn’t until the repeal of the Volstead Act in 1933, when beer started flowing in the saloons on Bond Street again. Bend’s thirsty millworkers quickly started singing “Happy Days Are Here Again.”

During the Prohibition, “near-beer” production concentrated to the Midwest with Anheuser-Busch, Schlitz Brewing Company, and Hamm’s Brewing Company leading the way. Today Anheuser-Busch is still the leader when it comes to beer manufacturing, but that factoid is inconsequential for craft brewers.

Aside from being a nice place to establish a business, Abernathy speculates that the Deschutes River running through town is one reason for producing beer in Bend. Water quality is an important factor. And when it come to the large number of breweries, he talks about brew master DNA.

“A lot of the brewers that got their start at Deschutes Brewery have gone on to start up their own breweries,” said Abernathy. “The DNA from the first brewery in town has spread throughout Bend.

Prominent Deschutes Brewing DNA is evident at the Crux Fermentation Project with owner Larry Sidor. Boneyard Brewing’s Tony Lawrence also came from the “mothership.” And there are other alums spread throughout Bend. But that’s only a part of the explanation why there are so many breweries in town.

“A lot of people came and come here, looking for that special Bend lifestyle,” said Abernathy. “They wanted to get away from the big city and find a place where they could be independent.”

Abernathy don’t see himself as a beer snob. He likes a clean, unexciting beer. His favorite beers are more a question about what fits the weather.

“When the winter darkness surrounds me, I gravitate towards the darker, heavier, and warming beers,” said Abernathy. “In the summer time, I like a good pilsner. They’re light, refreshing and super clean.”

Visit any brewpub in town, and you will quickly feel at home when the beer menu is delivered to your table. Each pub offers up its own version of IPAs, stouts, reds, and lighter fare like pilsners.

“I don’t think we are missing anything in Bend when it comes to the broad-style types of beer,” said Abernathy. If there is a piece that is underserved, it’s American-style lagers, according to Abernathy.

“It’s odd considering that many of the large American beer manufacturers produces lagers that are widely consumed by the general drinking public. But from a craft brewing perspective, there are not a lot of lagers that get brewed. They take a little bit longer [to brew] and are not as exciting as the latest double IPA with fruity hops.”

The Bend craft brew craze also drives a wave of wild experimentation when it comes to different brews. Abernathy mentions sour beer and barrel-aged beer. “Sours is trendy in the craft beer world right now, but outside of a limited craft beer bubble, where you have the aficionados, it’s not widely known,” said Abernathy, and adds, “Sour beers are an acquired taste.”

Whether you like a strong stout, a Belgian-styled beer, or want to try a sour; Bend’s many microbreweries and brewpubs will keep your taste buds busy.